If you have tried to use the traditional vapes in the past to quit cigarettes and had no luck, there's a reason!

Those big bulky vapes with the large clouds of smoke are almost useless when trying to quit cigarettes.

The amount of nicotine in the 30mL, 60mL, and 120mL bottles are extremely low and mixed together with large volumes of e-liquid which dilutes the nicotine you will intake per puff. Thus, making it hard to get that nicotine fix you desire.

If you are new to these “closed pod systems”, such as the NEOS, you will find out real quick how much more beneficial it is in fighting your cigarette cravings. Compared to the larger bottles of e-liquid holding whatever mg nicotine content they provide, the NEOS has 50mg of nicotine in only 1mL of e-liquid. That’s roughly one pack of cigarettes in nicotine by weight. What does this mean to the user? High levels of nicotine intake per puff to easily satisfy your cravings.

There is conclusive evidence that completely substituting e-cigarettes for combustible tobacco cigarettes reduce users’ exposure to numerous toxicants and carcinogens present in combustible tobacco cigarettes. Vaping products do not contain tobacco and do not involve burning or produce smoke. There are approximately 600 ingredients in cigarettes. When burned, they create more than 7,000 chemicals. At least 69 of these chemicals are known to cause cancer, and many are poisonous.

Remove the tobacco and the combustion and it is hardly surprising that risk is reduced. That doesn’t mean e-cigarettes are harmless. But it does mean that we can be relatively confident that switching from smoking to vaping will have health benefits. As of late, there are little to none reported health impacts when vaping compared to cigarettes.

Nicotine salts & Flavoring. None of which have been reported to cause any huge negative impacts on one's health. Propylene glycol is a generally recognized as safe (GRAS) additive for foods and medications.

Glycerol is found in all lipids known as triglycerides. It is widely used in the food industry as a sweetener and humectant and in pharmaceutical formulations.

Benzoic Acid are food preservatives and are generally safe. NEOS is not a variable-wattage device, so it is impossible to stress the benzoic acid to high enough level so that other chemicals would be formed being and emit concerning chemicals.

Nicotine salts, the magic lies all in the use of benzoic acid. By using benzoic acid, a non-toxic, plant-based chemical, it allows nicotine salts to be absorbed into the body like freebase nicotine. However, it vaporizes at lower temperatures and results in a lower pH level, it also gives you a much smoother hit even at higher nicotine levels. Nicotine salts allow higher nicotine levels to be much smoother and a greater alternative to smokers-gone-vapers or people who just want more nicotine so they can vape less.

Flavoring has a few ingredients including a base that consists of either VegetableGlycerin (VG), Propylene Glycol, or both, nicotine, and flavoring. Made from vegetable oil, VG is a thick, sweet natural extract. So, it thickens the vapor plus its sweetness can impact the overall flavor of the e-liquid.

We do not use harmful ingredients such as diacetyl in our NEOS product line, which is the main ingredient that caused “popcorn lung”. It is our duty to provide only the best to our customers and we are improving our formulas as best we can to stay ahead of the curve and provide an exceptional smoking experience for our users.

We are the smarter smoking alternative. 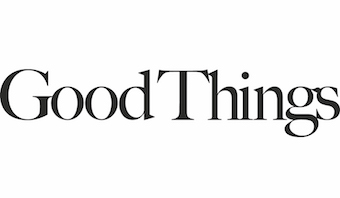